Busana Apparel Group’s President Director and Commissioner Marissa Jeanne Maren Baragar learned the true “value” of values early on in her career. She was working as an investment banker in New York City for Lehman Brothers during its shocking collapse in 2008 – something that’s often referred to as the biggest corporate failure in history. 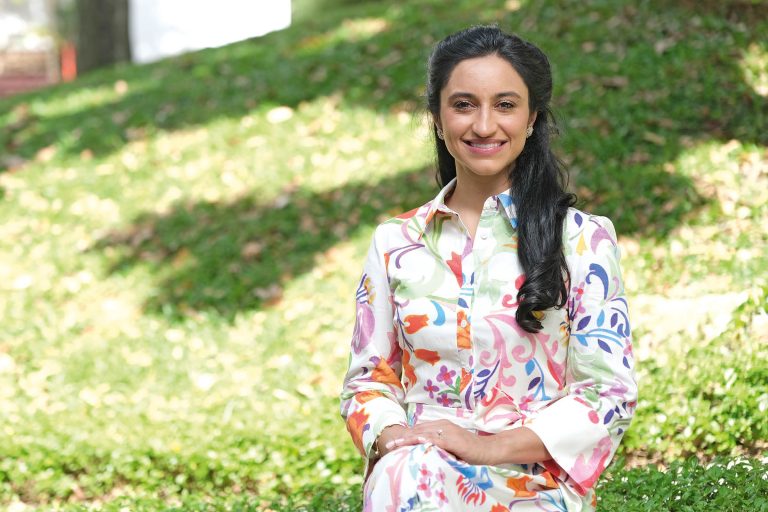 Unfortunate as it may seem at the time, it’s moments like this that often create the most meaningful change. For Marissa, it was a change that rocked her to her very core. “When I saw how Lehman Brothers had risen over generations and yet had fallen so quickly, I came to understand the importance of values,” she reflects. “Realising that there’s no company that’s too big to fail was a huge lesson. It cut down my pride in a very big way.”

Her first foray into the professional world saw Marissa as a completely different person to the one she is today. Young and full of ambition, she was still deeply focused on excellence, but her inspirations were a touch on the shallow side. “At that time, I was 22 years old and my motivations for work were to make a lot of money and impress a lot of people,” she admits. “But when Lehman Brothers collapsed, I realised these are very fleeting motivations. They will not sustain.”

What would sustain, she thought, was something more meaningful. So she began to seek and harness deeper rooted motivation from her Christian faith that would ground her throughout her entire career. This journey found her leaving Wall Street and joining her late father’s company instead – the family-owned Busana Apparel Group. It was here that she found a motivation for work that was sustainable. It was work that was both excellent and good – good as in better for the people and better for the planet.

However, in the 1990s, it wasn’t always portrayed that way. “The fashion industry had developed a tarnished reputation at the time. There were a lot of slave labour issues coming to the surface and the term ‘sweatshop’ was regularly attached to the industry,” Marissa explains. “Thankfully, we’ve always worked with long-term sustainability in mind. We work in such a way where we leave the people who we work with and the planet that we work on better than we found them.”

Established in 1975, Busana Apparel Group is now one of the largest garment manufacturers and exporters with 30 manufacturing facilities located in Indonesia and Ethiopia. It’s got to where it is today by following its unwavering vision – to be the leading integrated solutions provider of lifestyle and fashion in the world.

“We’re not just manufacturing clothing. We’re also providing digital sampling, we’re managing shipping and logistics in some cases, and we’re financing the whole working capital cycle,” Marissa says. “We’re really trying to add value as we go. We want to be more than a basic garment maker because in this highly competitive industry we need to set ourselves apart.”

The challenges of the ongoing COVID-19 pandemic such as delays in the supply chain, store shutdowns, bankruptcies and a drastically reduced workload, while devastating, brought to light exactly what makes Busana Apparel Group a standout in the industry.

Beyond its longstanding reputation for quality, its impressive capacity to produce and export 50 million pieces per annum and its innate ability to adapt in even the toughest of times, the thing that gives the company its edge is its people.

“Our talented workforce is what sets us apart,” Marissa reveals. “Our leadership team took a voluntary pay cut throughout the pandemic to retain as many colleagues as possible because we knew we’d emerge faster and stronger. We can’t achieve our dreams without a great team.”

With the new cost containment measures in place, the company had to put its grand plans for expansion and new machine investments on a temporary hold. And it forced the Group to be as creative as possible on as little as possible. “Having a strong focus helped us make those tough calls and balance our ambition with the reality of the pandemic,” Marissa affirms. “At times, it felt very discouraging because we want to grow to a billion in revenue and we want to be a global player with manufacturing on every continent. But how do we get from here to there? A lot of the pandemic has been a mental battle. But the mental focus on our vision has really helped us stay on track and set us apart. In every meeting, decision and interaction, we always come back to our core values and principles.

“One of our biggest achievements, both from a family ownership perspective and a professional management perspective, is that we’ve laid a strong foundation of harmonious teamwork that will take us forward into a bright future.”

“The Busana Apparel Group team consistently develops and produces products of the highest quality. For more than 20 years, Pukka Indonusa has been working closely with Busana in development and production. It’s been both an honour and pleasure to work together with them.” – Suhadi The, Director, Pukka Indonusa
Source/Original Article: https://web.archive.org/web/20210804040133/https://www.theceomagazine.com/executive-interviews/manufacturing/fashionable-values-marissa-jeanne-maren-baragar/

Established in 1993, PT PUKKA INDONUSA believe to always keep up with industry and technology evolution. Headquartered in Jakarta and serving customers throughout Indonesia for over twenty five years. Our team is dedicated to giving the best and prompt services to you.